Workplace Law is pleased to announce a new addition to our Female Champions program, in Emily Jones.

Emily is a super talented Esports athlete and will be driving for Workplace Law Racing in the upcoming 2019 Gfinity and V8 Supercars Eseries. 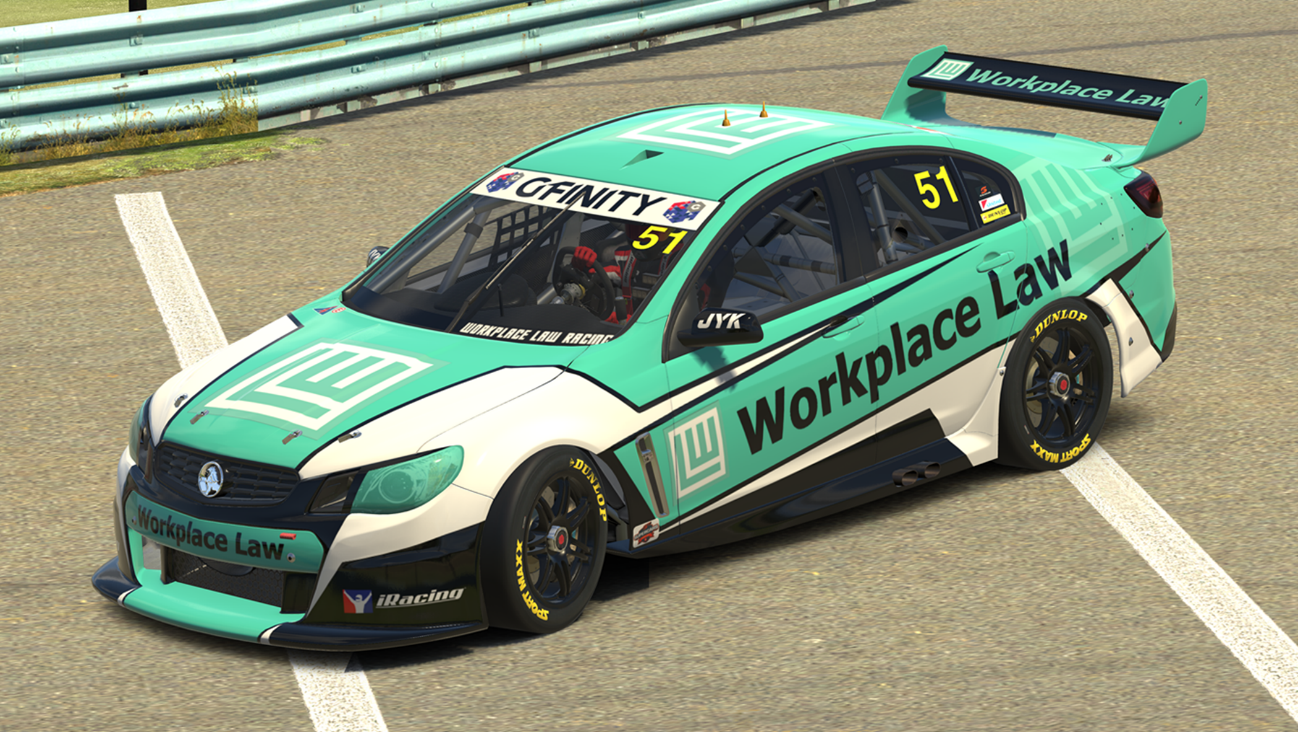 “Workplace Law have long championed the cause of female athletes and professionals in rugby, football, human resources and the legal profession. We believe that women of all ages should have every opportunity to follow their passion – whatever that may be.”

“Venturing into Esports and becoming a Team Partner in the 2019 Gfinity and V8 Supercars Eseries is the perfect opportunity for us to grow our Female Champions program as Workplace Law Racing is the only team to have a female driver.

Sadly, there is a lot of negativity around female gamers with many of them being subject to harassment and bullying behaviour. With our legal expertise and experience in advising employers and organisations we believe we are well placed to support female gamers and the gaming industry on how to combat those unacceptable behaviours.

We hope that everyone, in particular the gaming and motorsport communities, will join us in supporting Emily as she leads the way for future female gamers.”

“My name’s Emily and I’m racing for Workplace Law Racing in the 2019 Gfinity Supercars Eseries.

I’ve been involved in racing since I was a kid, and being able to compete against the best in the country has been my dream. I was lucky to race karts and some open wheel cars when I was young, but was unable to find the budget and support to continue racing professionally. I started Esports racing in 2015 to keep my skills up when not racing in the real world, and quickly fell in love with it. Since then I’ve been lucky to compete for some of the best teams in Australia and race in some of the biggest races in the world.

The Eseries in Australia is by far the biggest event to ever happen in the Australian Esports racing community, and I’m incredibly happy to have been nominated as a driver.

As one of the only few pro-level female Esport athletes in Australia, it’s sometimes difficult to forge your own path and not get weighed down by the negative comments and pressure. Since partnering with Workplace Law, I’ve been so impressed with what the organisation stands for –
especially their Female Champions program.

When I look at all the fantastic athletes and teams who Workplace Law already support I can’t help but be inspired to make my own mark and to work with them to inspire future female gamers and esports athletes.”

How to watch Emily

Should you require any further information or assistance, please contact our Director Shane Koelmeyer on (02) 9256 7500 or via email on sydney@workplacelaw.com.au.